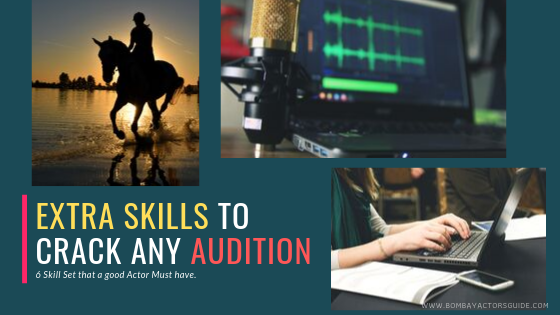 Extra skills to help you crack any Acting Audition.

Pretty looks, stylish personality, and a good physique are some of the pre-requisites to become an actor but you can stand out among others if you possess some extra skills. An actor performs different roles and characters, so having extra skills will always give them an added advantage over others.

Before shooting ‘Mary Kom’ Priyanka Chopra took classes for boxing. Salman Khan also learned wrestling concepts for doing awesome work in the ‘Sultan’ and the same is the case with Aamir in ‘Dangal’. In fact, there are a lot of such examples showing that having some extra skills, actors find ease in doing their job.

We have made an inclusive list of such additional skills in this blog.

Mixed Martial arts can be commonly seen in Indian cinema. Professional training in Martial arts improves the actor’s concentration and physical fitness. It also helps them to shape the body perfectly.

Unlike older movies, you can’t make your audience fool. Today viewers want to see real action and MMA trained actors can perform fighting scenes up to the expectations of their audience. Martial arts also makes one’s body flexible. The advantages of the flexible body are not just limited to fighting and dancing scenes, it can also do wonders to you as an actor. Click here to know more.

Swimming helps in body shaping with the help of techniques like backstroke and breaststroke. Apart from that, actors who are swimmers can give any kind of swimming shot at its best. This saves the actor’s time to learn swimming.

These days nearly every next TV serial, Movie or web series that you see has a swimming pool or swimming scene in it. So it’s become an essential skill set which a casting director looks for in an actor these days. Now if you have already acquired these essential skills it’ll give you that extra edge and there will be more chances of you getting selected for the role. Above all, swimming has a lot more personal benefits like it keeps the mental and physical fitness. This thereby helps an actor to be more focused on his work.

Horse riding training enhances the actor’s skills on and off the screen. Bollywood is full of movies in which hero or heroine are riding the horse. So, learning horse riding will, of course, help you in doing riding scenes best.

Horse riding is the skill which very few of the actors possess therefore it already sets you apart from the existing crowd and raises the chances of you getting selected especially for a role which requires a lot of physical drills like stunts and action scenes.

Recently I finished watching ‘The Lion King’ in which the voice of the character ‘Mufasa’ is given by King of Bollywood, one and only The Shahrukh Khan. The work of Voice over artist is to imitate the voice of others. This means voice-over artists represents the other character through their voice.

For an actor, this skill is very fruitful. An actor as to perform many characters. Even sometimes they have to play the role of a different gender. I can’t give any better example than Govinda in Hindi movies. He often used to play the female role. Imagine in such a case, voice-over art proves so useful. Similarly, with this talent, it would be easy for an actor to justice with the character he or she is playing in the movie.

Writing is not everyone’s cup of tea. Especially when it comes to movie writing. Only a creative mind can write a memorable piece. If an actor can write creatively, he will be able to understand the scripts in a better way from the director’s and author’s pov.

This helps him or her to perform the characters with cent percent honesty because he knows what he wants from the role. A good writer is creative and can creatively improvise dialogues and scenes, whenever needed. Writing expands the scope of imagination of an actor.

If talking about India, we are a country with unity in diversity. There are many languages and ‘Boli’ Indians can speak. If an actor knows to speak multiple and different languages, it is very useful for him. Especially in BOLLYWOOD.

He can perform in various regional movies and deliver the dialogues without any hesitation. The way he speaks the language, other than his native language, sounds very effective and natural to the audience. The accent is also very important for giving the best shot in the language you don’t know. However, an actor who already knows that particular language finds it easy to do.

We often see that actors and actresses play roles where they have to play musical instruments like guitar, drums, violin, etc. So, if an actor has prior knowledge of playing musical instruments, he can give the natural shot rather than just pretending to play the instrument. Moreover, these simple extra skills raises the level of creativity and enables to bring out the inner artist in them.

I hope this article has bought you some value to you and I’m sure learning these extra skills will surely help you with exponential growth in this acting carrier. Refer Here to know: How important is it to learn the required skill set. 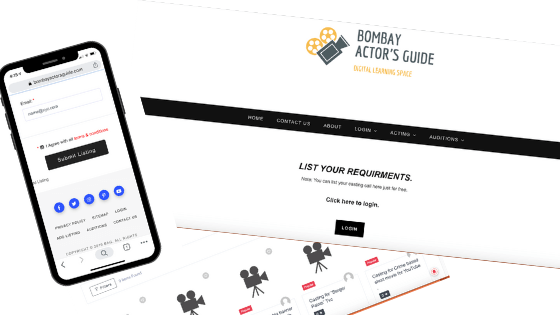 How to post a Audition Update in just 5 Simple Steps: Step by Step Guide